The Airship Flap of 1897: Early UFO's or Ongoing Aviation Research?

The hot air balloon emerged from creative minds early - sketches and accounts to the 1700's- and was used to gather troop movements in the Civil War in the U.S. The balloon, often called an airship, would develop in the late 1880's in tandem with the "aeroplane."  One concept using hot air to elevate a balloon and access movement via winds aloft anchored by either a ground tether or a sandbags and anchors. Little tweaks added the new bicycle pedaling idea for generating the hot hair and moving the craft through airspace, adding canvas "wings" (yes some did flap) and others were getting a glimmer of a fixed wing's lift potential.

The GREAT AIRSHIP FLAP of 1897 is well known in studies of UFO's and seems to have begun in California, spread across the nation and ended primarily in Chicago. Theories abound, however, digging into the subject to see what Oklahoma newspapers reported (since I am situated in Oklahoma and have written about Oklahoma UFO's and other strange events),

In Vinita (eastern Oklahoma) newspaper called, INDIAN CHIEFTAIN of January 20, 1887 (pg.2) under "News and Notes" was an interesting piece. A Fort Smith paper, The Tribune, reported a man named Killibrew, "the prisoner in the US Jail, who is deranged, says that he is cured and should be turned out of jail so that he can complete his airship that he imagines he has invented. Were there no other evidence of his insanity his airship theory alone would prove it."

The NORMAN TRANSCRIPT of late 1890 carried a piece out of Chicago and an inventor named E.J. Pennington who had shared about his invention to a meeting og the Aeronautics Navigation Company. The stock of the company was, apparently, "$20,000,000 paid up and will be used in building airships."

As 1892 wound down, the El Reno, Oklahoma paper OKLAHOMA HERALD, shared how a cobbler and part time inventor had created a working model of another airship. The model used a design involving fans, motors, propellers, flyworks, ropes above a cigar shaped aluminum body.

Oddly, that summer 1893 target trial date coincides with the Columbia World's Fair (aka Chicago World's Fair) of 1893. The OKLAHOMA HERALD (El Reno, Ok) carried a note about the "World's Fair in Chicago" and how "thousands gathered around to see the huge airship make its initial trip."  Only fifteen would be able to go aboard at a time.  Scanning dozens of images of the fair, reading about its major exhibits and history, there is no major mentions of any aerial craft (balloon or otherwise).  One image purporting to be of the fair shows a large dark hot air balloon aloft but it may not be as presented.

As that year was winding down, the GUTHRIE DAILY LEADER mentioned an interesting bit of news "if Senator Cochrell's bill becomes a law genius will begin to struggle for that $100,000 to be given for the best regulated airship."

Late in 1894, the ENID WEEKLY WAVE carried "A New Airship" byline New York and told of "Oscar F. Lewis of Saratoga, New York" had devised a prototype crafted of a 50 foot silk balloon, bicycle mechanisms, an aluminum frame and regulators to adjust elevation. He claimed to have made successful circuits over Saratoga when the weather was calm.

About this time there begins to be a merger in the news articles where use of the term "airship" and "aeroplane" begin to converge. Illustrations of "airships" will be the familiar early pre-Wright Brothers fabrications for the flying machine or airplane. Airships will also continue to be equally free as a label for a  hot-air balloon and the early dirigible type motorized crafts. Indeed, one article of an American inventor in London discusses a kite design that reflects a man addressing the potential of a fixed wing and lifting capabilities. His sketch if brown oval (cigar shape) with canvas wings. 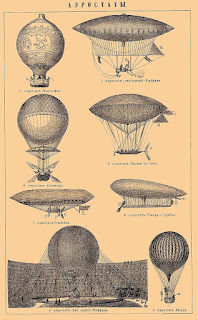 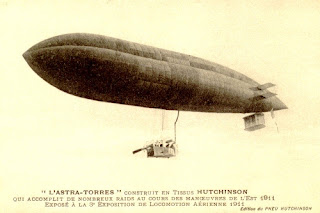 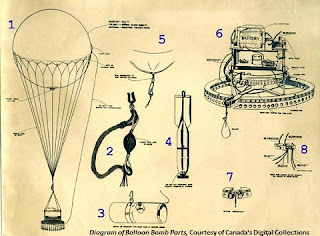 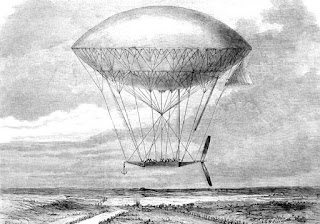 The GREAT FLAP of 1897 is plagued by other problems that prevent me from including them entirely in the realm of the UFO, or the now used UAP, as has been frequently done.  One, the route of most of the major stories far too closely follows the line of major railroads. The trains were THE conveyors of news and newsmakers in the time. Reporters would hop on and off to telegraph stories found "on the rails" and "in local hotels." This often was largely gossip and rumor. The trains also carried newspapers brought into isolated or distant locations to compete or supplement local newspapers. So, generating a reall "good" story (i.e., one that sells the papers) was crucial. Evidence abounds that at least one sighting story related to the airships was a fabrication (Russel, Kansas).  A story among newspaper historians is that there was a competition between publishers and/or editors about who could generate the most outlandish tales to sell papers.  The Airships are alleged to be part of one such competition. Also, the fact that these tales emerge just as hundreds, if not thousands, of inventors are working on the problem of flight, and the reality of just how far some early inventors reached with their bizarre crafts, it is not beyond the realm of possibility that someone or a group of people achieved some flight capability in an early concept dirigible like craft.  The costumes, languages and behaviors reported, if not fabrications, really support that idea with some elegance.

Did some things really strange travel the skies long before the Wright Brothers? Yes, they probably did because some stories contain aspects that are so extraordinary as to speed, maneuvers, etc. that they have to be seriously considered. Just not all those in the GREAT FLAP should be viewed as non-manmade.